Chicago resident Marcia Whitney-Schenck portrays several historical Catholics including Saint ThŽrse of Lisieux (1873-1897), pictured in costume at St. John Cantius Parish on Friday, August 9th. The French Saint became a Carmelite nun at the early age of 15, died of tuberculosis at 24 and was canonized in 1925 by Pope Pius XI. Nicknamed " The Little Flower of Jesus", she is perhaps best known for The History of a Soul, her published diary. © 2013 Brian J. Morowczynski ViaPhotos

For use in a single edition of Catholic New World Publications, Archdiocese of Chicago. Further use and/or distribution may be negotiated separately. 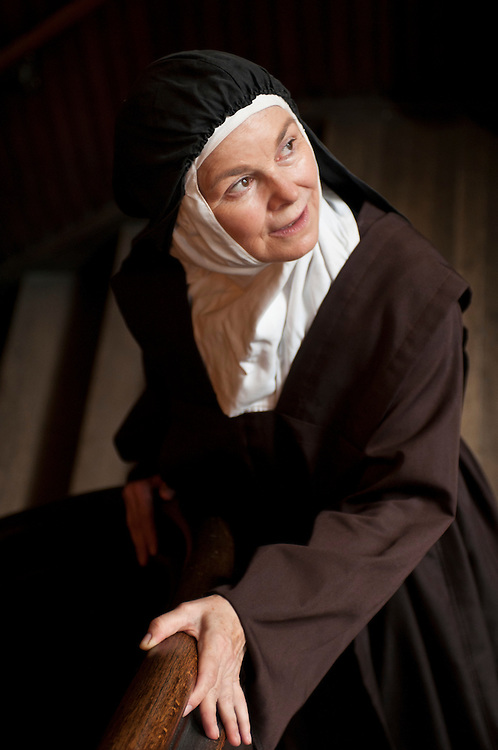